I woke up this morning to this headline from the New York Times: “Smash the Wellness Industry: Why are so many smart women falling for its harmful, pseudoscientific claims?” , which discusses the author’s own struggle with eating disorders. Because the Times is behind a paywall, I’ll summarize. The author, a novelist named Jessica Knoll,  spent most of her adult life going on one diet after another, following the advice of dieticians,  doctors, and whatever fad of the week diet was being promoted. It wasn’t until she found a dietician who supported intuitive eating that her relationship with food started to change. I’ll quote Ms. Knoll here:

“The new dietitian had a different take. “What a gift,” she said, appreciatively, “to love food. It’s one of the greatest pleasures in life. Can you think of your appetite as a gift?” It took me a moment to wrap my head around such a radical suggestion. Then I began to cry.“

She goes on in the article to quote health resources that link chronic dieting to heart disease and other physical ailments, all of which are important. But for just a moment here, I want to focus on the huge emotion she showed when a professional looked at her and said “your appetite is a gift”.  That’s why I highlighted it. 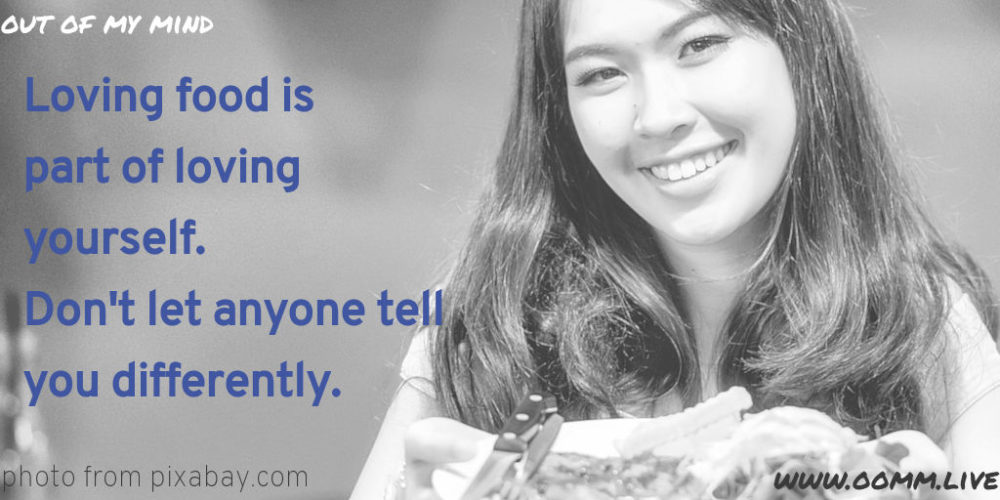 How I learned to treat eating disorders

In 2010, I took my first job as a full-time therapist, after decades as a case manager and then a case manager supervisor who did therapy as part of her job duties. It was in a public health setting. On more than one occasion, I went to my supervisor and said “I’m not familiar with this mental health disorder (or this treatment population) at all! What do I do?” See, in public mental health, we often don’t have the luxury of referring out to a more experienced person who knows the disorder better, because either that specialist doesn’t accept Medicaid, or because they are in a part of the city that costs too much gas to get to, or is too far off the bus lines.

I did this when I was assigned a therapy participant who was severely and actively anorexic and another who had a two-decade pattern of refusing to eat any solids at all.  My supervisor reminded me of the facts of life in public mental health, and I ordered a few textbooks on eating disorders treatment (and people wonder why I’m always broke).  I then spent a couple of months becoming an expert. Actually, I became an expert almost by accident. Because even those books held to the lie that “thin equals healthy” far too often.  (It’s beyond the scope of this article, but there is ample scientific evidence that being too thin is more likely to contribute to death than being even “morbidly” obese.

Do You Mind? (Tackling THE THING)

So I began to wing it, and a funny thing happened.

I mean, really winging it. Started with some on-the-spot analysis of what was going on, referred back to the one text that did help, one that provided some guidance for using cognitive behavioral therapy methods in eating disorders therapy, and dove in. I began with the premise that the people I was treating were fundamentally fine just the way they are. And that they need to change their relationships with food before it kills them. So, I talked to them about loving their body and staying away from scales. And listening to their bodies.

I gave them permission to love their bodies, and to love food.  Their lives began to change. Some of them had their weights move closer to “normal”, and others didn’t.  But the binge/diet cycle for most of them began to slow down, and more importantly, they began to address the underlying traumas and self-esteem issues and de-focus food from the center of their lives. Their overall physical and mental health began to improve.

A Note: Many mental health medications cause weight gain, which can prevent weight loss in otherwise healthy folk. We need to remember this.

Somehow, in my winging it, I had become an actual expert in eating disorders. I was effective. People’s lives got better. And I learned something important: We are training people, especially women, to hate their bodies, and it is being done systemically. I remember reading somewhere about a very tiny elderly woman in a nursing home who apologized profusely every time a staff member lifted her into a bath because she was so heavy. Per the story, she was less than a hundred pounds.

And this story wasn’t in any way unique. Over and over, people would come to me, mostly women, and talk to me about how “bad” they were for enjoying food. And I had an epiphany: The diet industry, the wellness industry, and the fashion industry don’t see women as people. They see women as objects of attraction for heterosexual men first, and only secondarily, if at all, as people with a right to live a full, self-actualized life. In other words,

The diet, wellness, and fashion industries are institutionalized misogyny

Shortly after I had this epiphany, I went to my personal doctor. My labs were perfect. I walked regularly during my lunch hour, ate a lot of good healthy foods, and maybe a few too many sweets. I was and am generally healthy. My BMI was a point or two over the “moderately obese” line. And I mean just barely. And my good cholesterols were slightly elevated. As always, my blood pressure was low-normal.

And he started in on how important it was for me to lose weight. I cut him off in mid-sentence. I told him to stop giving me so much business. He looked at me like I was crazy. Then I explained how his focus on weight loss was creating a sea of women who felt gross in their perfectly healthy bodies, who spent days and nights obsessing about weight instead of going about their lives. I told him to knock it off. All the animation went out of his face, and he walked out of the room, clearly stunned.

I don’t know if I got through to him. I certainly hope I did. But I have the same message for you that I had for him. Start loving your body, no matter how big or small it is. Start treating it as kindly as you would treat a dear friend. Give it what it needs, and give it treats occasionally and moderately. Listen to it. Buy clothes that fit, instead of clothes you wish would fit. And then go live your life.

P.S. Do you have any idea how hard it was to find a picture of a woman eating something other than salad?

The Awesome and Terrible Thing About Being High Functioning

The Four “F”s of Fear: Fight, Flight, Freeze, and Fawn