(“Shots and Glass” is a sequel to Diana and the Donald)

Diana collapsed into the antique sofa in her living room and turned off the news.

The lasso had worked. He’d admitted it all: The rapes of women and girls, the Russian conspiracy, the criminal ties, the obstruction of justice, the fact that he was deeply in debt with a negative net worth. All for the cameras. All shared and Tweeted all over the world.

The ugly crowds got even uglier. Chanting his name.
Chanting death to resisters. Calling for those who reported the news to be shot on sight.

Diana had been here before, early in her years in the world of Men. She knew what was coming. The deaths. The terror. Millions displaced, dead, the world turned upside down.

She called Bruce. “Staying or going?”

“Staying,” he said. “My cover is still intact, and I’m in a position to make a difference. You?”

“Disappearing. New identity. I’ll let you know when it’s established. I have to protect them.”

Diana sighed. “Bruce, I’m not human. You are ‘them’. I’m charged with protecting you and I will. Even when you won’t protect yourselves.”

She could hear the long pause on the other end, the uncharacteristic despair. He didn’t answer her but she could feel his agreement. She hung up.

She grabbed a messenger bag and stuffed her armor, lasso, and sword and shield into it, along with her spare set of IDs, the ones for the next identity.

As she slipped from her apartment to ground level she heard shots and glass breaking throughout the city. It had begun. 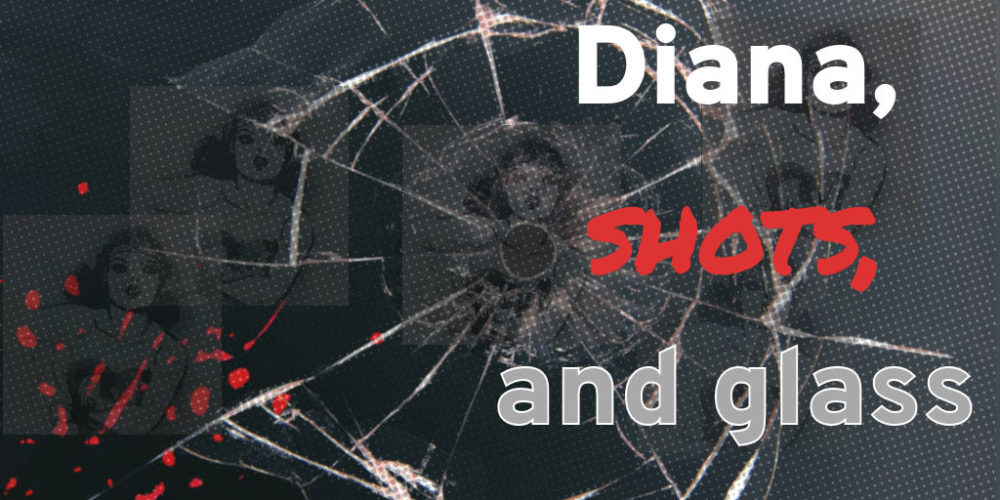 I named this one “Diana, Shots, and Glass” in honor of Kristallnacht. Kristallnacht happened on the nights of November 9-10, 1938 when Nazis and their sympathizers terrorized German Jews by breaking the windows of their homes and shops, beating up anyone they found on the streets, and generally creating terror. The name Kristallnacht referred to the broken glass strewn all over the streets in German cities. If you don’t understand how the history of Nazi Germany relates to the rise of Donald Trump, start here. Remember, everything is political. The way the handlers responded to objections is referred to as “gaslighting. Some information on gaslighting here:

How To Apologize When It Matters: Own, Apologize, Repair

On Boundaries: No Is A Complete Sentence